Athletes of the Month: Erica and Mark DiBella 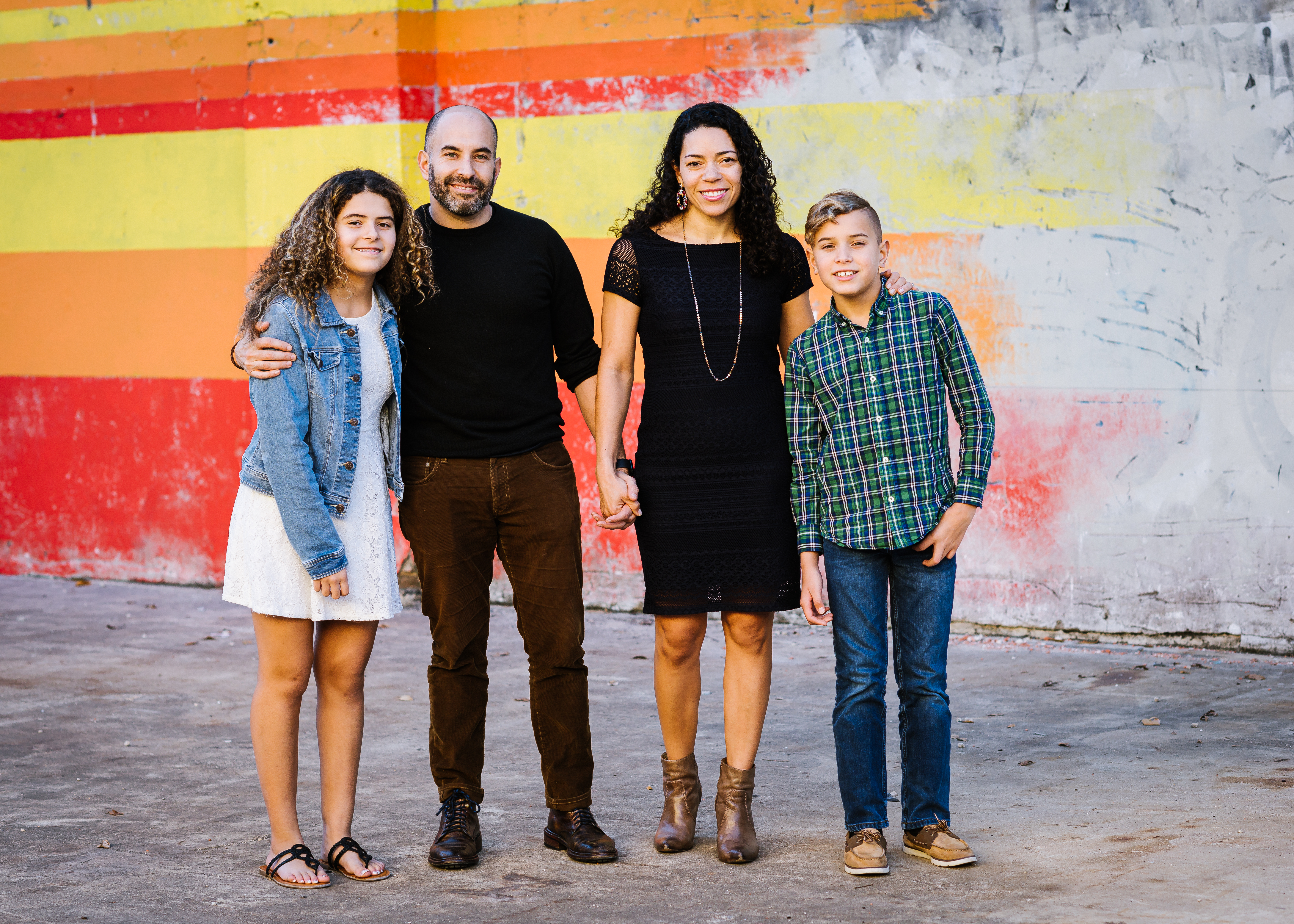 Hi, we are Erica and Mark DiBella. As of December 18th, we’ve been married for 20 years. We have two kids, Emarie (7th grade) and Gavin (6th grade). Erica is the Upper School librarian at St. John’s School, and Mark is the CEO of YES Prep Public Schools—a public charter school system. We’re heavily involved in our church, City Church, where Erica is an elder. We love the food scene in Houston which is a major reason why we need to work out regularly! We are diehard Stros fans! We also love to travel—especially to see U2. Mexico City and Belfast were our two most recent groupie runs!

When did you start doing CrossFit?

Erica started CrossFit in the fall of 2013, and Mark started in February of 2019. In other words, Erica is a seasoned vet, and Mark is a newbie. Erica got started because she was bored with long distance running and was ready to try something new. Mark decided to start after 5 years of telling Erica that he’d “give it a try” and because all his long distance running left him about as flexible as a stale Christmas cookie. Three ways CrossFit has made an impact on our lives outside of the gym…1) It’s allowed us to learn and try new things and challenge ourselves in new ways. 2) It’s helped us rethink working out when we travel. Bring a jump rope and yourself, and you’ve got a mobile box. 3) Most importantly, it’s welcomed us into the beautiful District H community, full of people we love. We live for Saturday morning post workout trips to Red to hang with the peeps!

What is your favorite & least favorite WOD or movement?

Erica’s favorite WOD is anything that includes a combo of lifting and running. Her least favorite is anything that involves the assault bike (which recently edged out rowing for least favorite). Mark loves any workout with a mix of activity and has an especially sick affinity for burpees. Mark’s least favorite movement is getting out of bed the next day. Our fav and least fav lifts are the same. We love a good ole fashioned deadlift, and we feel like toddlers trying to climb stairs when we attempt snatches or overhead squats. 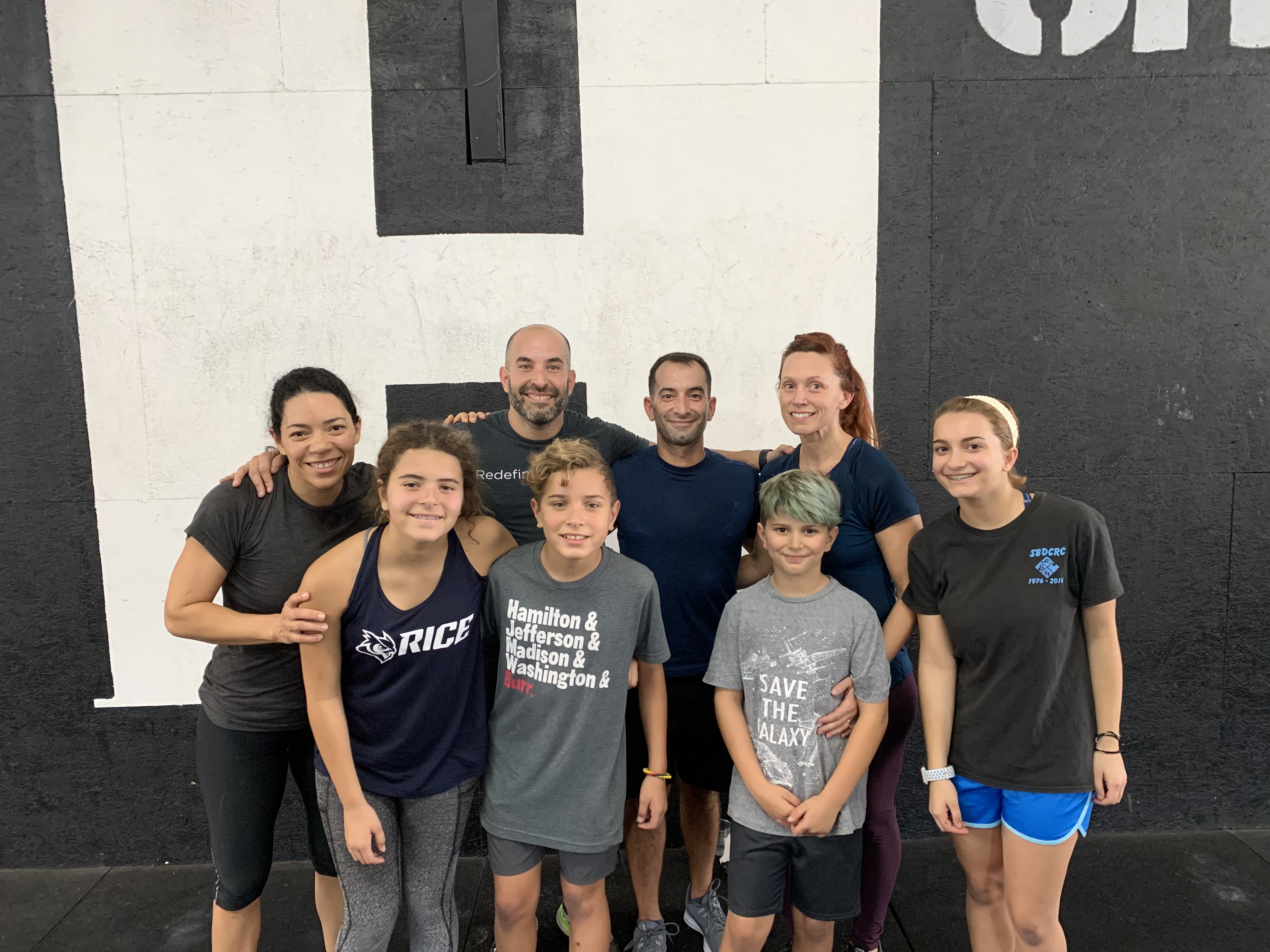 What are your CrossFit goals?

Erica’s CrossFit goal is to show up 4-5 times a week for as long as she possibly can, and she’s been doing that now for 6 years—roughly 1,200 times! Mark’s CrossFit goal for his first year was twofold—to not get injured and to do his first strict pullup. 355 days into 2019, at District H Saturday Fun, he accomplished his goal! Mark’s goal for 2020 is to learn “double unders.”

What is your proudest CrossFit moment/achievement?

Erica’s proudest CrossFit moment is the feeling of nailing a new PR or a new skill—rope climbing to the top of the gym was her big accomplishment for 2019. Not gonna lie. She also loves it when someone compliments her arms. Mark’s proudest CrossFit moment at CrossFit was completing his first Murph hero WOD. His brother, Phillip, is a Lieutenant Colonel in the Marine Corps, so hero WODs help him honor his hero.

What is your favorite quote or words to live by? 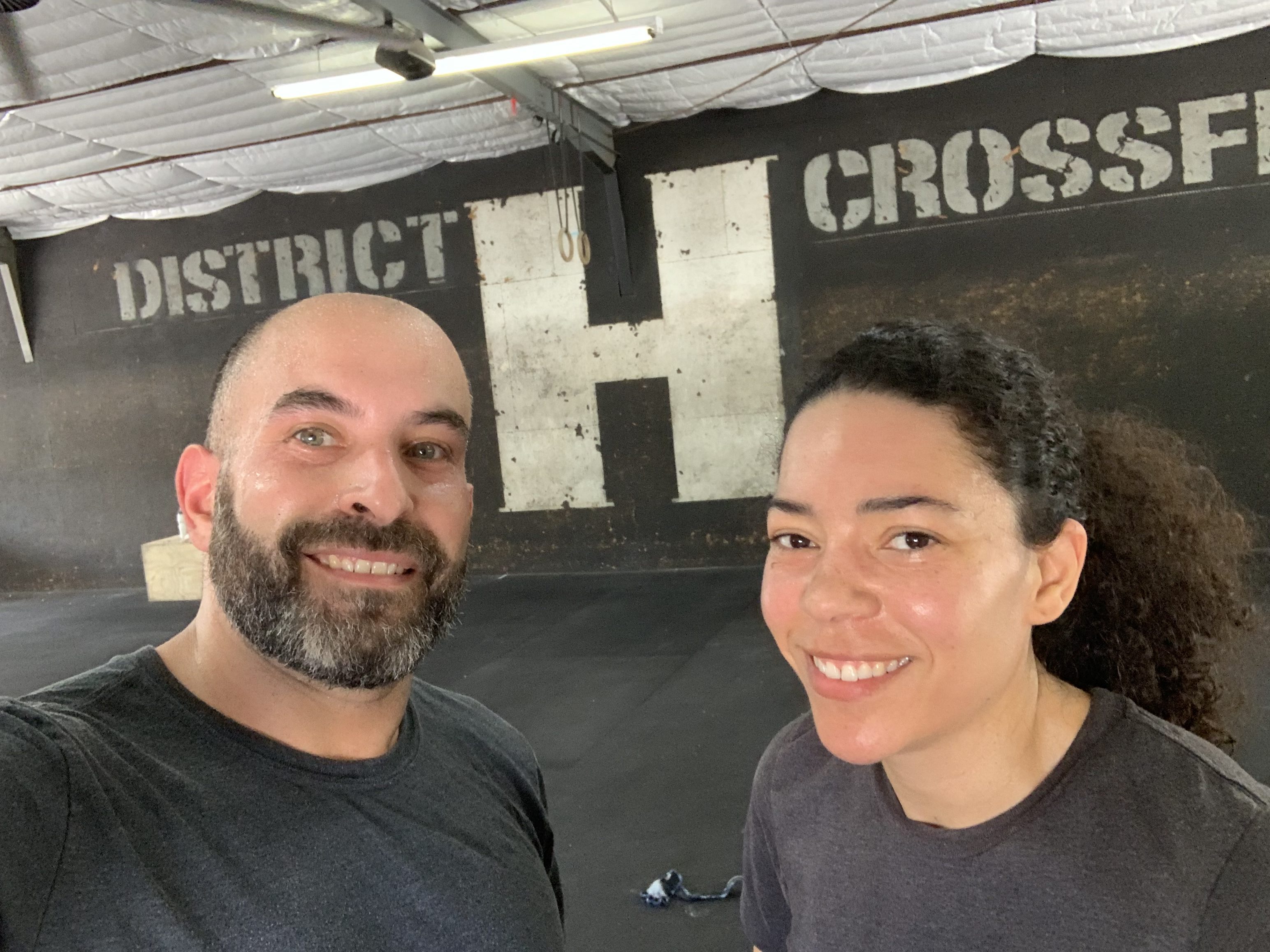 Tell us something people would be surprised to know about you.

Something people might be surprised to know about us: Erica was diagnosed with multiple sclerosis (MS) in 2010. The best way to fight MS is to stay in top shape, and she attributes her time at District H as a major part of her fight to beat MS. Mark used to weigh 230 pounds on a 5’ 6” frame. After Erica was diagnosed, he took on cycling and running and completed 5 MS 150s, 9 marathons, dozens of half marathons, and 5 Texas Independence Relays (200-mile 10-person relay). We’re putting in work now trying to be around for a long, long time for each other and our kids!

What advice would you give to newbies?

Advice we would give to newbies is that the goal is progress. The second you’ve arrived, you’ve lost. Stop looking around in the gym, and since there aren’t mirrors, you don’t have to worry about looking at yourself. Instead, look inside to get the most for you out of every workout.